Can we do more to reduce peak demand caused by electric kettles? 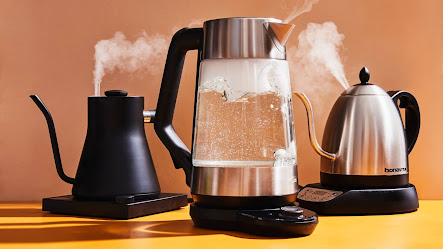 In 1990, there was a 2.8 GW surge on the UK grid caused by consumer switching on their electric kettles after an England vs. Germany football game.

These surges usually occur in summer and are unlikely to coincide with peak demand , so the impact on capacity requirement will be less than the surge, or possibly none at all.

However, 1.4 GW is only half a million kettles, and there are 25 million electric kettles in UK. We are very keen on having quick access to a cup of tea.

Other research suggests that on average we heat twice as much water as we need to, perhaps with an average time of 120 seconds, which could therefore be reduced to 60 seconds simply by only heating the water we need for a cup of tea.

We drink an average of four cups of tea per day each. Each one is taking 0.1 kWh to boil if we heat twice as much water as we need. Seventy million people people consuming 0.4 kWh per day is one heck of a lot of juice! 28 Gigawatt hours to be precise. that's over a Gigawatt even if consumption is spread evenly over 24 hours. In practice of course it is likely to be at least double this at times during the day, so by reducing the kettle fill to half, a continuous Gigawatt could be saved all day. Eight billion pounds worth of nuclear capacity, even without avoiding the peak.

That's a saving worth having!