As I pointed out several months ago, and Regen SW remind us, peak winter electricity demand in UK is falling. 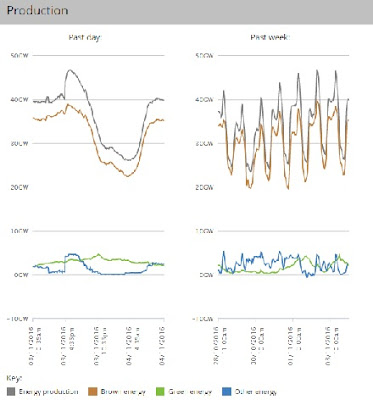 However, the shape of the demand curve remains much the same - in 2016/17 the winter peak at around 5:30 PM was still 7GW higher than the daytime plateau - domestic DSR is still under 10% of the way up the adoption curve.
This is what can make a big difference if we continue to engage with each other. Let's raise the awareness of the issue beyond the 3 million or so consumers who seem to be doing something about it.

The crunch will come as electric vehicles start to push demand back up again - then we will need to flatten the curve to avoid another 2 or 3 large nuclear power stations at a cost of over £50 billion.
Posted by tomgld1 at Wednesday, August 02, 2017