Gandhi - "everything you do is absolutely insignificant, but it is very important you do it." 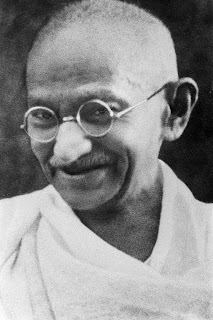 It's time for a little bit of philosophy!
We often think "wouldn't it be nice if...." and then say something that we would like to happen, that would happen if many people took action, but we feel powerless to cause or bring about.
Domestic Demand Side response was one of these for me.
Until a couple of years ago, I did not believe it was possible to get people to shift the times at which they use appliances to reduce UK peak electricity demand.

But it is now starting to happen. The people with PV systems or Economy Seven tariffs are not only doing it, they are increasingly realising the collective benefits of doing so, and the conversation has changed. The word is spreading.

Gandhi went further than this in what he said.

Not only are you only one of thirty million electricity consuming households, but everything you do is ultimately and inherently insignificant - paradoxically this empowers us to take action just because it's the right thing to do,without any expectation of outcome. In my experience, the results can be unpredictable, exciting, and transformative.

How Far up the Adoption Curve for Domestic DSR are we?

There are around 30 million electricity consumers in UK and as many of them as possible need to be shifting their time-of-use away from peaks if we are to avoid an extremely costly upgrade of the distribution system , as well as a ramped-up rollout of nuclear at £8,000/kW and rising.
That's the challenge. But how many are already doing so?

There are in UK around

So around 10% of domestic users, 3 million, have some awareness of the value of time-shifting, and most are at least taking some action where it is to their financial benefit. 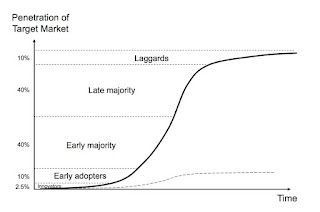 So we are  at the end of the early adoption phase for awareness - the 10% of innovators and early adopters needed to get a technology off the ground.

Of course awareness and appropriate action are not the same thing, but awareness is a necessary precursor to action.

Let's keep pumping the message out! 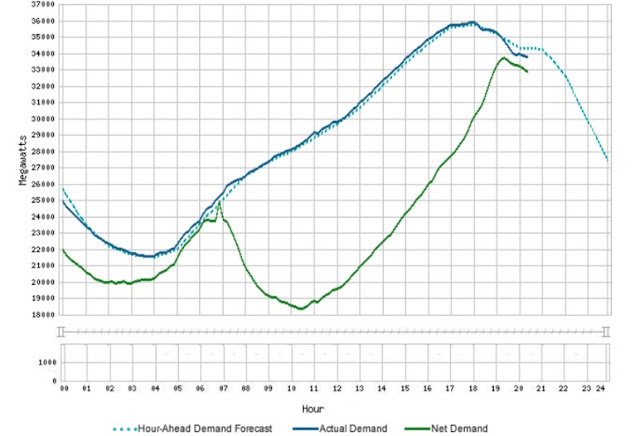 Where is Storage Needed? 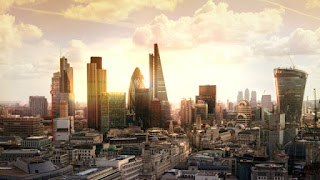 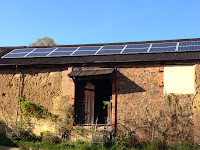 Is electricity storage a good idea? Where is it needed?


Peak demand is an issue in the cities, but handling PV on a sunny day is a rural issue - so we probably will need both - but the more we shift our demand, the less expensive storage we will need - happy time-shifting!