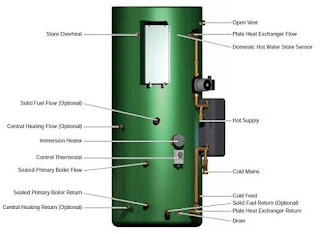 In managing electricity demand, we are normally concerned with avoiding peak demand, in order to reduce strain on total capacity.
But with intermittent renewables, we also have a potential excess supply problem, when output from wind and solar is high, and demand is low.
Large industrial users are good at taking advantage of such situations, but the domestic sector, where peaky demand is now most prevalent, is not.
In Canada, the electricity supply companies are known to supply large water heaters to domestic consumers. The suppliers control when electricity is used to heat these stores.
Would it be worth doing the same in UK?


Can it happen at scale before we have a substantially strengthened grid?

Is it more environmentally friendly to use electricity when the grid is showing low average carbon emissions? 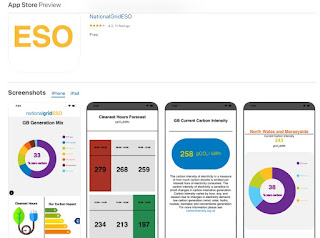 The National Grid in UK has a very useful app that tells us what the carbon emissions per unit generated are. Clearly this will be at its lowest at times of high wind or solar generation, and relatively low gas generation.
The implication is that  it is better to use electricity when the average is low.
But is that actually so?
Unless we are in danger of shutting down wind or solar generation for lack of demand, which almost never happens in UK at the moment, each additional unit used comes from the supply that is responding to demand, which is currently almost always gas in UK.
Every unit of solar or wind electricty generated is always used. Switching something on at times of high renewable generation makes no difference!
So, when is the best time to use electricity?
The focus should continue to be on flattening the demand for gas, which will make gas generation more efficient, and ultimately reduce the capacity requirement for gas generation.
If you want to be sophisticated about it, track the gas power station output, for example from Kate Morley's excellent site
Otherwise, the best thing to do is to avoid the winter peak from around 3-8pm, and try to shift non-time-sensitive consumption from the day into the night-time trough from around midnight to 6am.
Posted by tomgld1 at Wednesday, April 08, 2020 No comments: